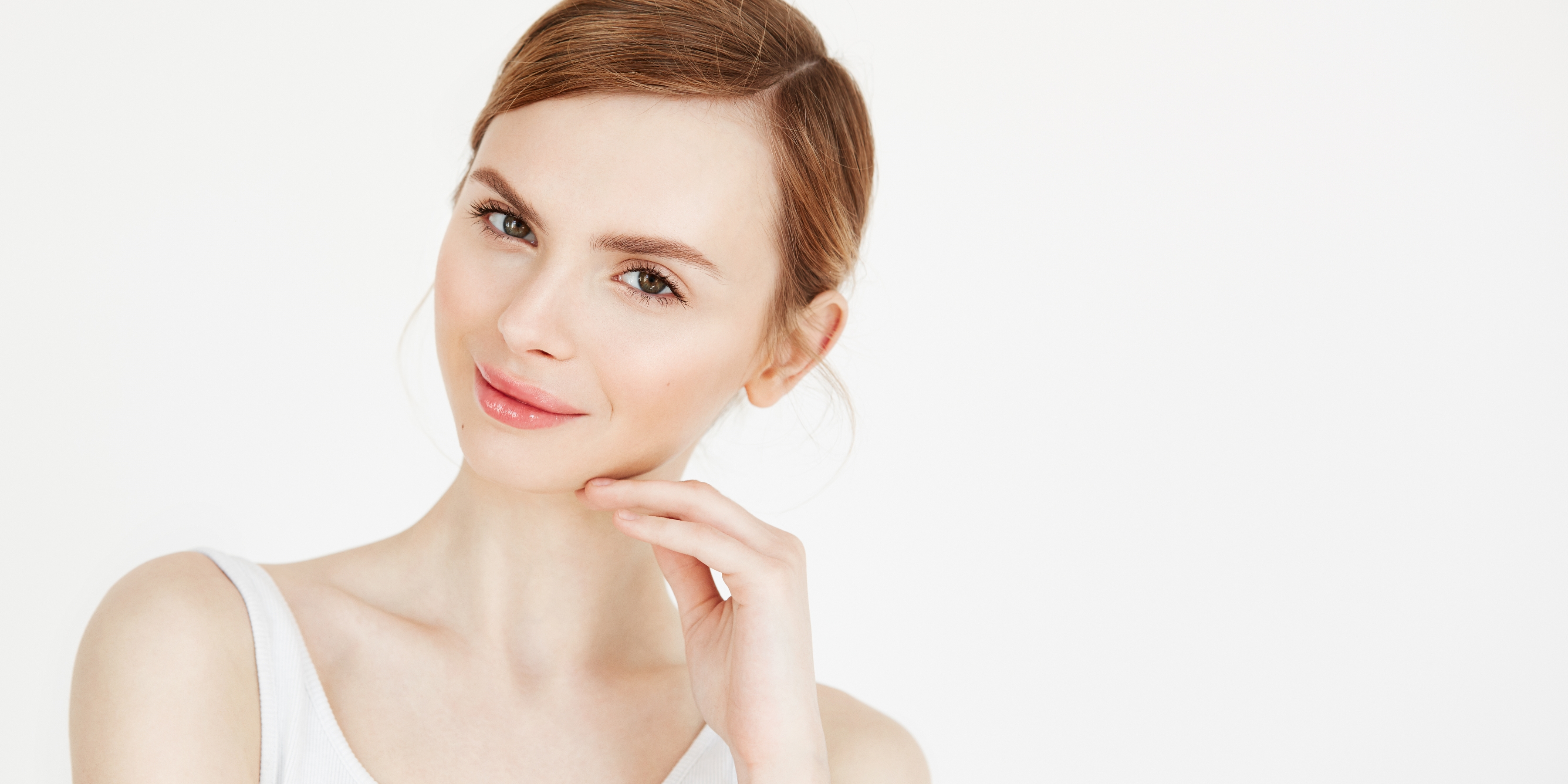 Rosacea tends to be more widely understood and better researched in America than in the UK. The American National Rosacea Society describes this condition well.

Rosacea (pronounced roh-ZAY-sha) is a common condition, but it is not fully understood. It is estimated to affect over 16 million people in America alone, and many may not realise they are affected.

In fact, while rosacea is becoming increasingly widespread as the populous baby boom generation enters the most susceptible ages, a Gallup survey found that 78 per cent of Americans have no knowledge of this condition, including how to recognise it and what to do about it. Rosacea cannot be cured, but it can be treated. 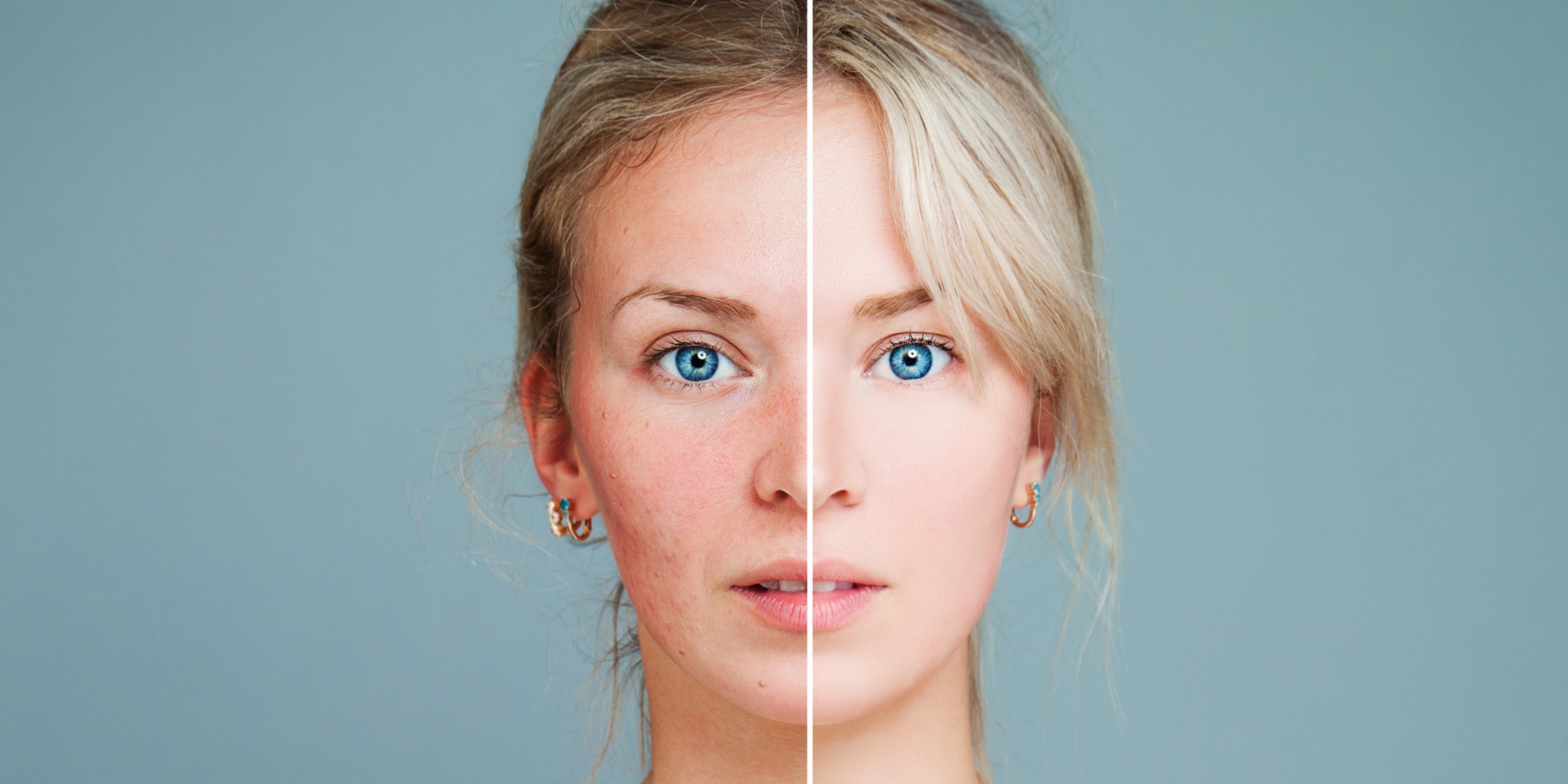 Treatment with iS Clinical skin regimes or potentially with Intense Pulsed Light (IPL) can lead to an improvement in the condition. Some patients report to us that the redness and itchy inflammation has reduced following treatments.

Redness and flushing of the skin near the surface can be reduced with treatment. A reduction in pimples and spots is also possible following a course of treatment.

Improved confidence, especially in younger patients is a common and indirect benefit of successful treatment. Our irritant-free mineral makeup range may also be used to enhance your treatment.

How Does It Work 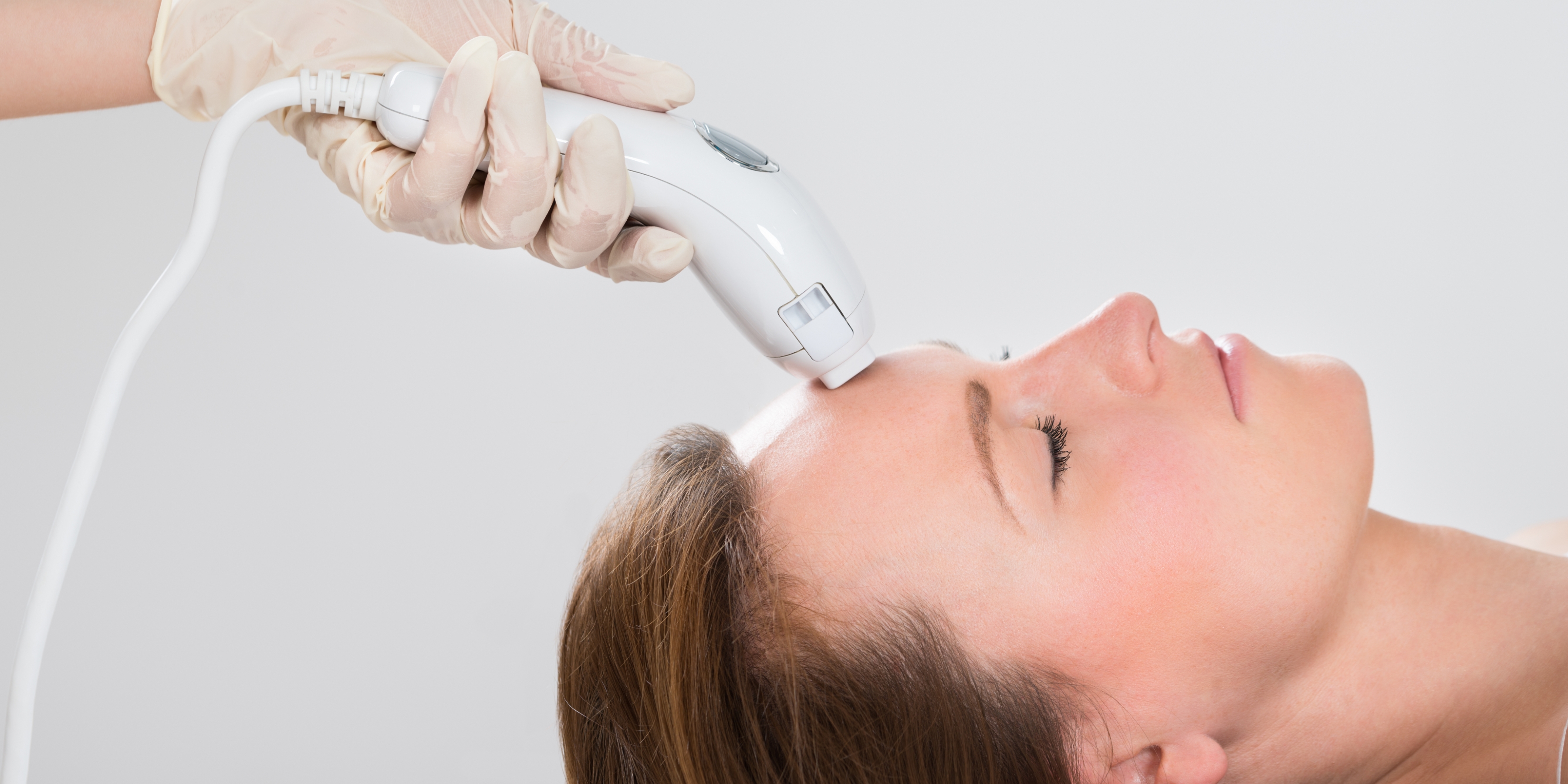 Effect of Rosacea on Suffers

There are millions of people worldwide that are affected by rosacea. it is often called 'the curse of the Celts', rosacea mostly affects fair-skinned people between the ages of 20 and 60. Rosacea is nearly three times more common in women than men.

In one survey, more than 76 per cent of rosacea patients said their condition had lowered their self-confidence and self-esteem, and 41 per cent reported that it had caused them to avoid public contact or cancel social engagements.

Your skin acts as a barrier in two ways. Firstly the strateum corneum is the outermost layer of cells on the skin. These cells are dead, but form a cohesive barrier that is important in preventing infection and UV damage. Secondly, the acid mantle is a very fine, slightly acidic layer (between pH 4.5 and 6.2) that is secreted by the sebaceous glands and acts as a barrier to bacteria, viruses, and other potential contaminants.

The good news is that we can help! While the cause of rosacea is unknown and there is no cure, today medical help is available that can control the signs and symptoms of this potentially life-disruptive disorder. Any one of the following warning signs is a signal to see an Advanced Nurse Practitioner for diagnosis and appropriate treatment before the signs and symptoms become increasingly severe:

We still do not know the exact cause of rosacea, possible explanations are; Genetics – approximately 30% of the people who suffer from rosacea are found to have a relative who also has this concern. H. Pylori bacteria cause the release of a protein called bradykinin, which may cause rosacea. Bacteria that flourish in the small intestine may release inflammatory compounds leading to the symptoms of rosacea. Demodex folliculorum, a skin mite is thought to be a contributing factor of rosacea. Patients with fairer skins are more prone to rosacea. Abnormal regulation between the nerves and the circulatory system may also be responsible for rosacea.

What should be my skincare regime?

Rosacea sufferers need to take good care of their skin. A good daily regime will help avoid the dry, rough, and scaly symptoms of rosacea. Using gentle, natural products and avoiding harsh additives are all good steps you can take. The key steps are; regular cleansing with a mild liquid cleanser, avoid harsh topical products and manual exfoliation and use the right kind of skincare products. Our nurse specialists will advise you on a good clinical regime.

What can trigger flushing?

What do I do next?

The first step is to have a face to face consultation with your Nurse Practitioner. You can discuss your condition and treatment options in complete confidence and agree upon your best treatment plan together.

How Much Does It Cost? 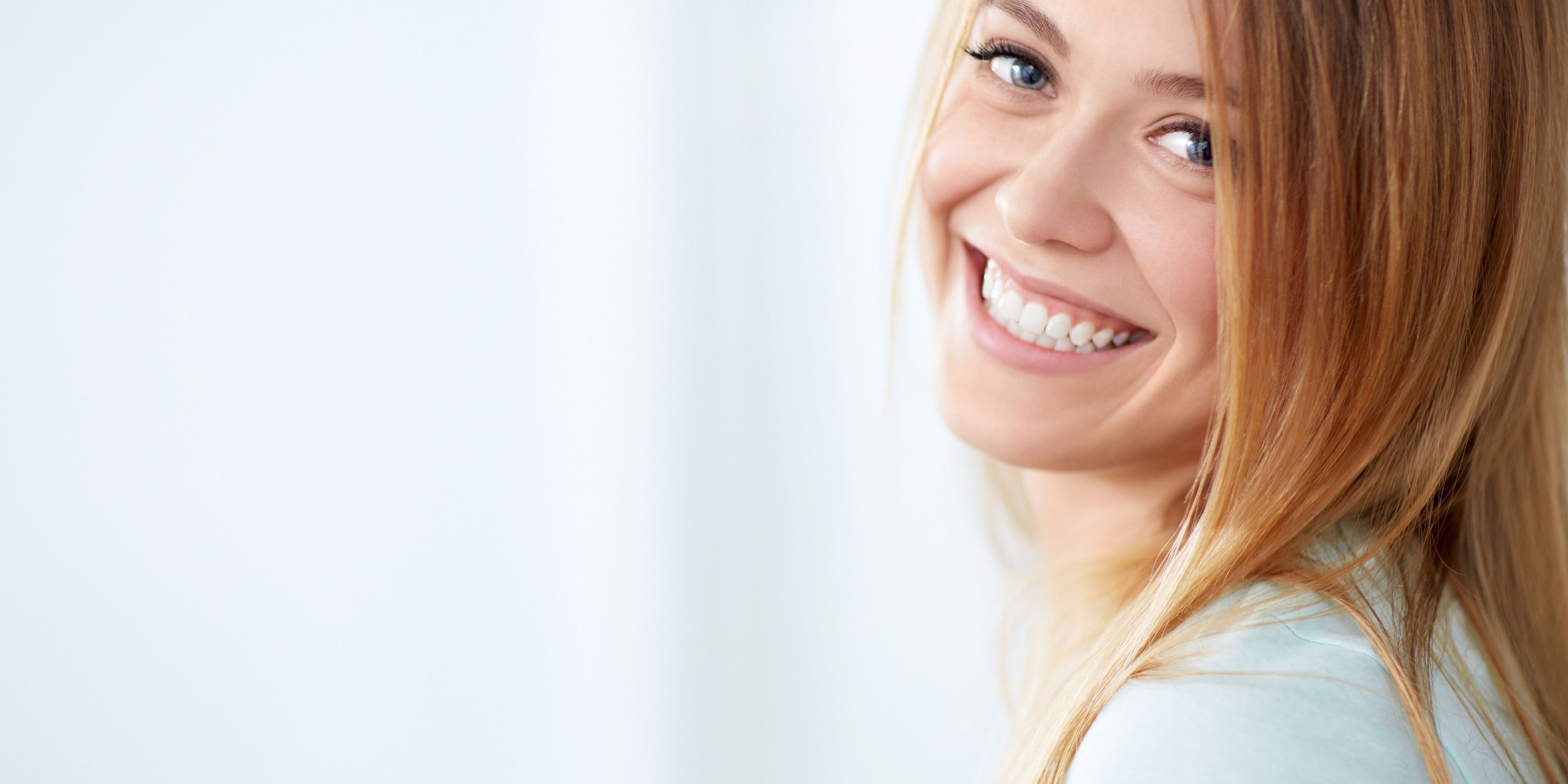 Treatment cost will vary depending on the treatment you choose. To understand your best options book a one to one consultation with your nurse specialist.

Treatment Finance options are under review and may be available, please ask in your consultation for more details. 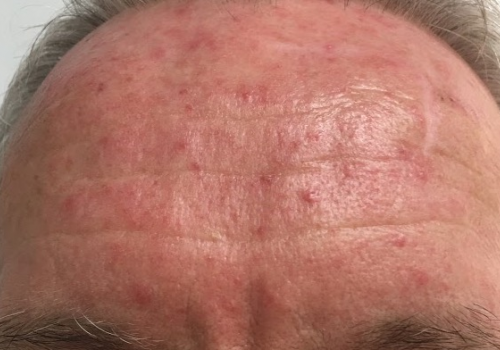 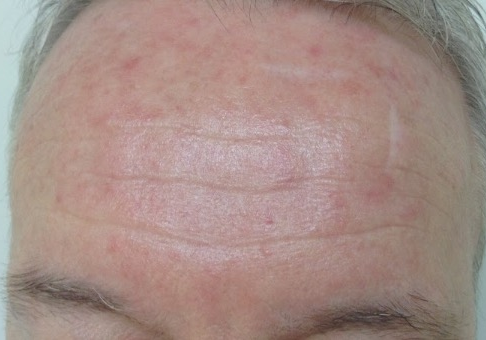 Rosacea is an inflammatory skin condition and can be treated in several different ways. Here we have used IPL and prescription medicine over a series of treatments spaced over several months. We can see in the second picture how the redness is reduced and how much the skin has improved.

View More Before and After Photos

Book a time to speak with our highly-experienced nurse practitioners today. We’ve been offering treatments for over 20 years, so let us examine your unique skin to recommend the most effective treatment plan to look and feel amazing!

View Before & After Photos

Check out Qutis customers' before and after treatment photos to see what a difference we have made for yourself. Now you can imagine realistically how your skin can be transformed by us too.

Be first in the queue!

Get our news and offers straight to your inbox.

Thank you for registering, Check your inbox for regular updates.
Oops! Something went wrong while submitting the form.
For more information, including how we use your personal details, please see our Privacy Policy.
Copyright 2022
Built by
nickeagle.co.uk